What did Sally and Johnny really learn in school today?

The Curriculum Spell and other Crimes Against Humanity

Experience is everything. The curriculum is nothing. So enchanting is our capacity to imagine that we ignore the whole child, hallucinating that curriculum is all that matters. Look at the experiences we are calling education; the physical, emotional, social, environmental deprivation, keeping in mind that sensory deprivation is a classic form of torture. 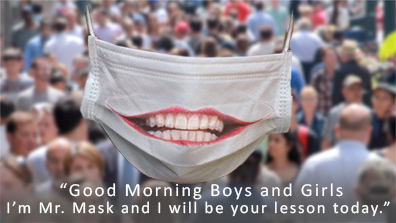 My heart is heavy and angry tonight. What kind of human beings are we - to sacrifice our children and let our elders die alone? My 6-year-old grandson, started "school" today. Schooling for public school students in most cities now consists of sitting in front of their own computers. My grandson is particularly active. Moving is especially important for his learning style. And the programs they have divined are so insulting to children's intelligence, (in my opinion). One look at their face and it is clear that they would rather be someplace else, doing something real.

My daughter is an "essential" worker, so my grandson gets to go to a school building, wearing a mask, and keeping distance, and engages mostly his iPad screen. Even so, he is happy to do so because he gets to be around other children.

My 4-year-old granddaughter asks when she will be able to hug people again. Her wish, blowing out her birthday candles, was that the coronavirus would go away.

When I am out with my grandson, children and older people shun them, sometimes telling them to get away. A six-year-old at a park kept moving away from my friendly grandson, finally saying; “I don’t want to be around human beings.” Why, why, why are we accepting this, allowing and enabling what they are doing to our children? Are we really all that crazy? 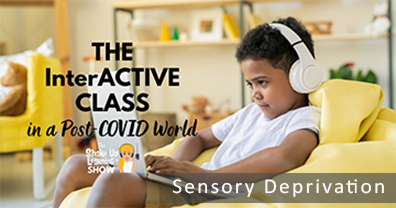 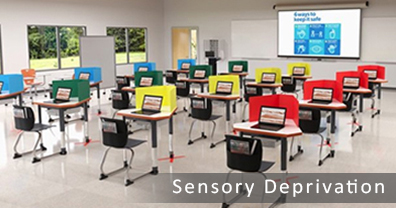 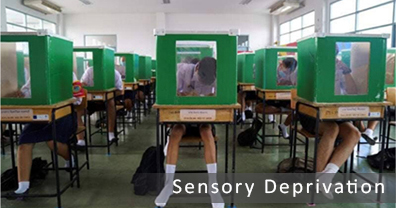 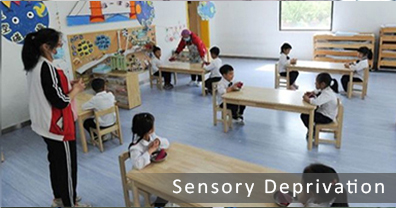 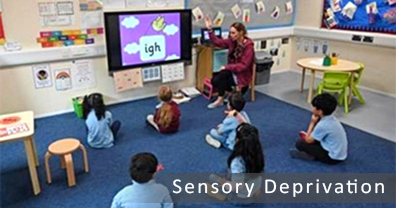 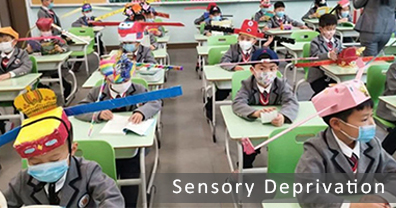 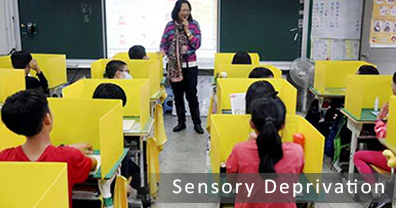 The “state” or full-spectrum sensory-emotional “experience,” or its absence, along with the abstract intellectual content, the intended lesson or curriculum, are simultaneously etched in the developing brain as one neural pattern. Like Pavlov’s dogs, say the word and the joy or trauma experienced when that word was learned explodes, flooding the entire body and brain. The term for this complete integration of encoded thought, feeling, and action is State Specific Learning and Performance. Form is content. The physical and emotional experience, while the abstract curriculum is being etched, is the primary content that is learned.

Technology and screen-based experiences are dead, dead as the proverbial doornail, something the device can never recognize or understand. The more the developing brain interacts with dead things the less alive the child grows. And, being less alive, that child fails to recognize, embody, care about or express those qualities that are not being modeled or experienced - as direct experiences, not as concepts; empathy, compassion, wonder, passionate curiosity and play, altruism, how our lives are completely entangled with nature. Functionally, the meaning these states represent doesn’t exist in isolated, screen-based experiences. And it is precisely these relationship-capacities that distinguish being human from machines.

In the 1950s and 1960s, China was rumored to be using solitary confinement to “brainwash” American prisoners captured during the Korean War, and the US and Canadian governments were all too keen to try it out. Their defense departments funded a series of research programs that might be considered ethically dubious today.

The most extensive took place at McGill University Medical Center in Montreal, led by the psychologist Donald Hebb. The McGill researchers invited paid volunteers – mainly college students – to spend days or weeks by themselves in sound-proof cubicles, deprived of meaningful human contact. Their aim was to reduce perceptual stimulation to a minimum, to see how their subjects would behave when almost nothing was happening. After only a few hours, the students became acutely restless. They started to crave stimulation, talking, singing or reciting poetry to themselves to break the monotony. Later, many of them became anxious or highly emotional. Their mental performance suffered too, struggling with arithmetic and word association tests.

Big Tech, with its machine learning technologies, is positioned to replace human and lived experience with two-dimensional screen-based counterfeits. Note the dominance of technology in the above images. Google recently announced plans to replace traditional college diplomas with a Google Digital Certificate, the latest installment in a well-documented agenda.

Schooling, as we think of it, is under a curriculum spell. When we understand that most of what is really being learned is the physical and emotional context or experience upon which that abstracted curriculum rest, and that this physical-emotional-relationship context is the most important lesson being learned, we look at education completely differently. Look, and you will see a crime against humanity at its most fundamental level. Here is why: 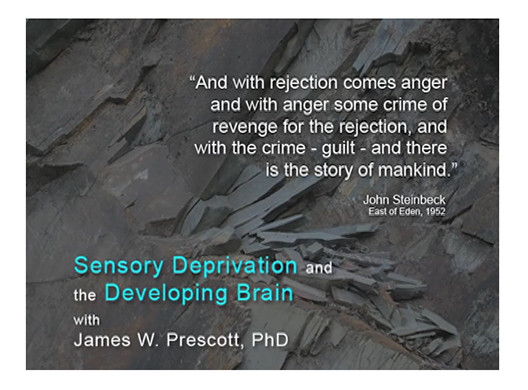 I’m no fan of compulsory schooling. The form, structure, schedules, comparisons, boredom, and much more, negate curriculum, well-intended or not. Nor is doing to children at home what has been done to them at school a significant improvement. Extended time hypnotized by technology during the most formative years, up to and including age eleven, is a seductive spell.

With computers racing to outperform the human brain in data manipulation, the spotlight shifts to the qualities and capacities that make us uniquely human: empathy, compassion, wonder, altruism, passionate curiosity, authentic play, and how our lives are completely entangled with nature, and with not machines. Upon these qualities and capacities, the future of humanity and life on the planet earth depends, not on abstract curriculum. Let the new dawn of intrinsically motivated, play-based, learner-centered, child, and adult development rest on these fundamentals, and upon that foundation, knowledge will find its appropriate place. Without this underlying context information, technology and machines will render our most precious qualities irrelevant and obsolete.