The Origins of Love and Violence 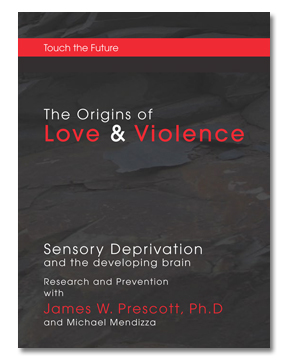 Sensory Deprivation and the Developing Brain
Research and Prevention

25 years of NICHD brain-behavior research documenting how early sensory deprivation, abuse and neglect patterns the brain for a lifetime of depression and violence.

Designed For Personal and Classroom Use

Culture Shapes the Developing Brain for Peace or Violence

This comprehensive DVD-Archive documents a history of over fifty years of research that establishes how pain and pleasure influences brain development for peace or violence. Historical film documentaries with contemporary interviews illustrate how the human primate has become the most violent primate on the planet and what must be done if world peace is to become a reality. This research documents the following principles: 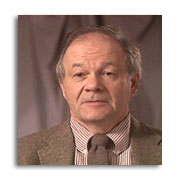 James W. Prescott, PhD began his career researching maternal deprivation with his early life experiences in an orphanage. Later he focused on the impact sensory deprivation has on the developing brain during this sensitive-formative period from birth through adolescence. The Origins of Love and Violence gathers and makes available in DVD and print formats fifty years of research on early brain development and recommends two simple things most every family can do to insure that their baby develops the capacity to love (expereince pleasue-bonding and avoid intentional pain.) instead of becoming violent.